Established around 582–580 BC by Greek colonists from Gela who named it “Akragas”. The modern city today is not the most pleasant but in its day Akragas grew rapidly, becoming one of the richest and most famous of the Greek colonies of Magna Graeci with a population of exceeding 100,000

The city was not the prime arena for conflict as were Segusta and Selinunte,   But It it had its share of war as the city was sacked by the Carthageans in 406 BC. Akragas never fully recovered its status 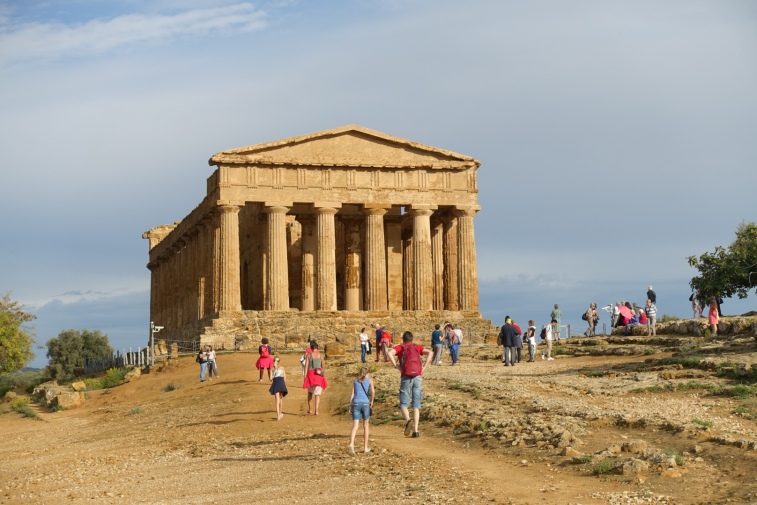 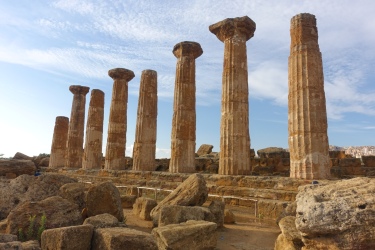 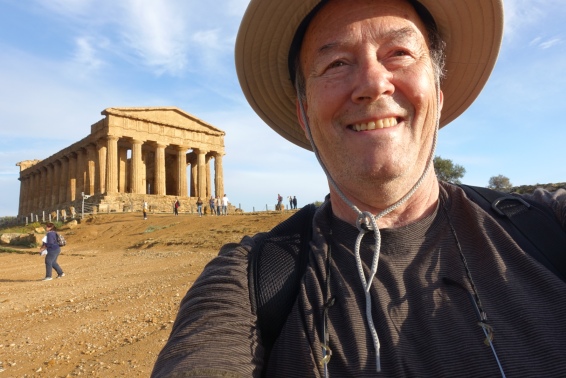 The city was again disputed between The Carthageans and the Romans and the latter laid siege in 262 BC and captured it after defeating a Carthaginian relief force in 261 BC and sold the population into slavery. Romans again re captured Akragas in 210 BC and renamed it Agrigentum, although it remained a largely Greek-speaking community for centuries thereafter. It became prosperous again under Roman rule and its inhabitants received full Roman citizenship following the death of Julius Caesar in 44 BC.

The archeological Ancient Akragas covers a huge area—much of which is still unexcavated today. Renown for the famous Valle dei Templi (“Valley of the Temples”) that comprises a large sacred area on the south side of the ancient city where seven monumental Greek temples in the doric style were constructed during the 6th and 5th centuries BC. Now excavated and partially restored, they constitute some of the largest and best-preserved ancient Greek buildings outside of Greece itself. They are listed as World Heritage Site.

The best-preserved of the temples are two very similar buildings traditionally attributed to the goddess Hera above anConcordia below. The former temple is remarkably intact, due to its having been converted into a Christian church in 597 AD. Both were constructed to a peripteral hexastyle design. The area around the Temple of Concordia was later re-used by early Christians as a catacomb, with tombs hewn out of the rocky cliffs and outcrops.

The other temples are much more fragmentary, having been toppled by earthquakes long ago and quarried for their stones. The largest by far is the Temple of Olympian Zeus, built to commemorate the Battle of Himera in 480 BC: it is believed to have been the largest Doric temple ever built. Although it was apparently used, it appears never to have been completed; construction was abandoned after the Carthaginian invasion of 406 BC. 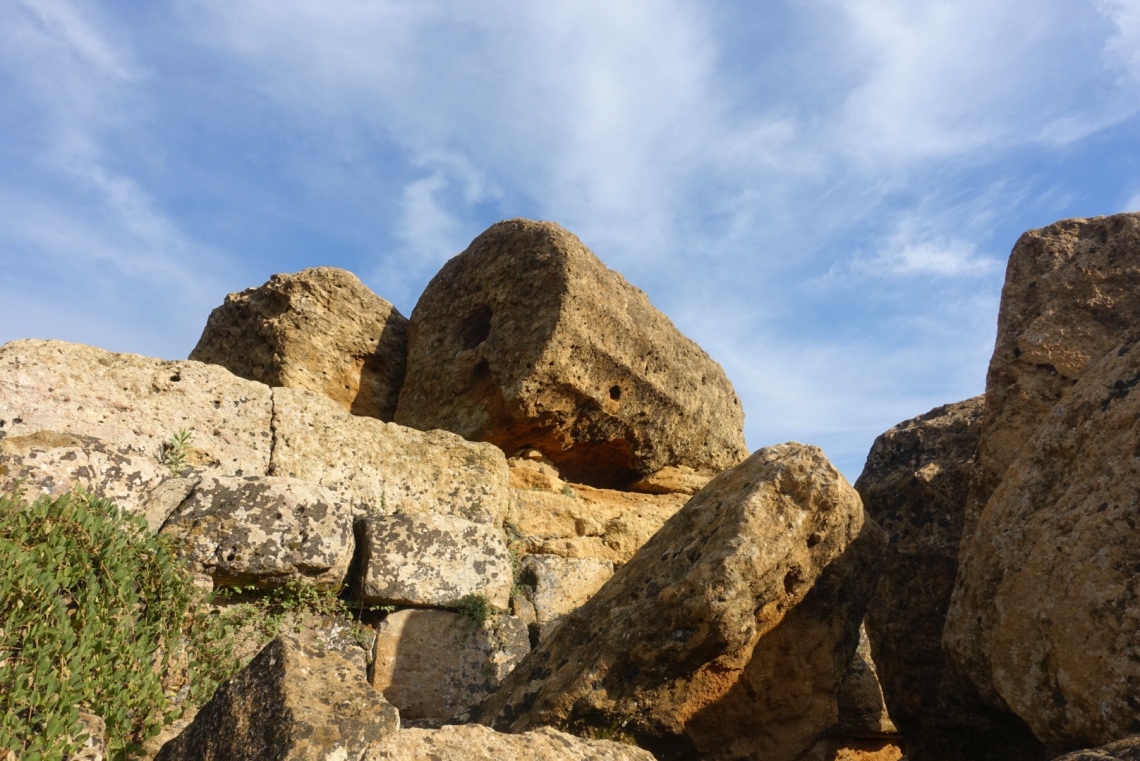 Like the other cities, Agrigento was finally abandonedwith the fall of a Roman Empire.

View all posts by true2crusader