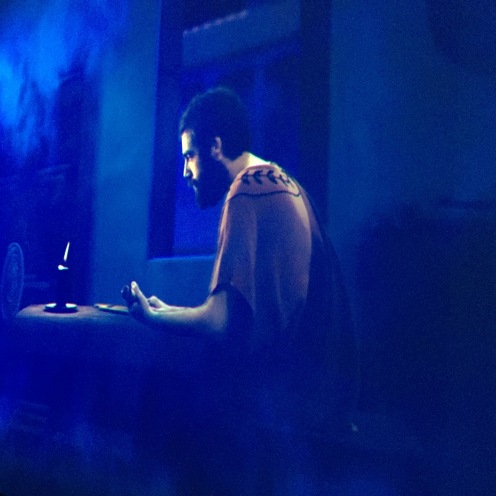 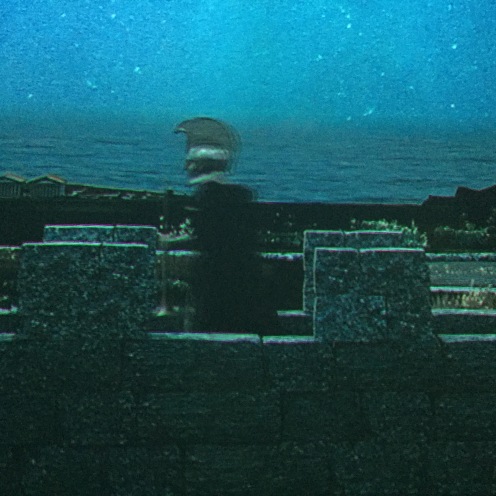 Legend says that Archimedes, born in Siracusa m so focused on his search for understanding that he was unaware that his city was being overrun by Romans just before his death.  When finally he awoke from his concentration as a soldier was about to strike him dead,  he asked for a few minutes more so he could resolve his current dilemma. 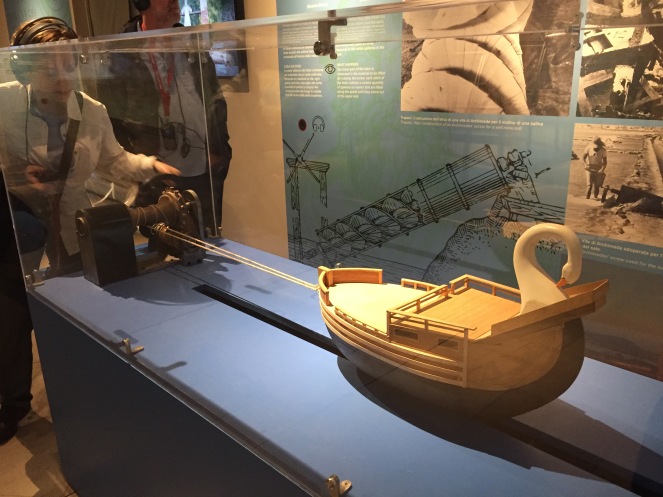 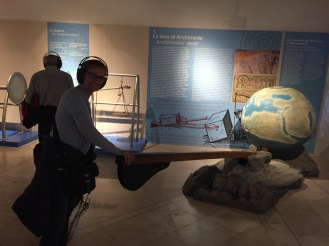 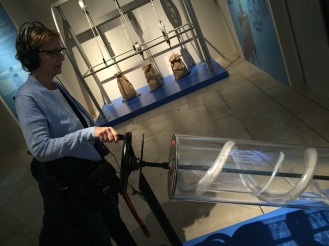 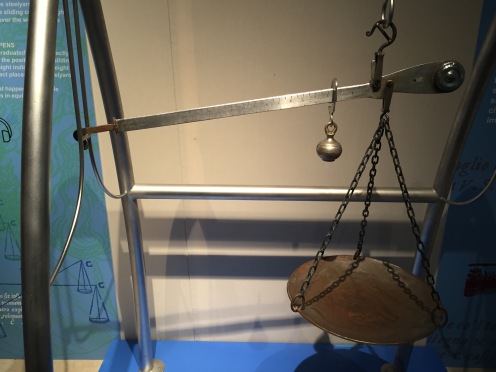 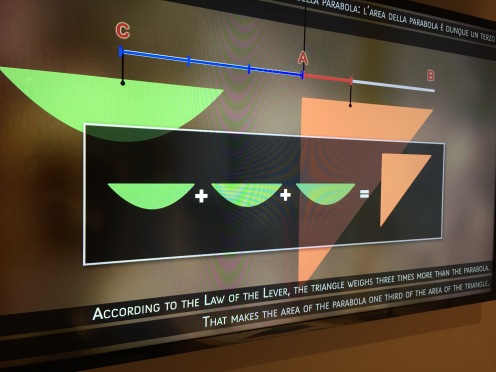 If you consider the era in which he lived, 212-280 BC, and the tools he at his disposal , his perceptions were extraordinary.  I would say comparable to Da Vinci some 1500 years later.  How to move a ship with the force of one man (compound pulleys) , how to measure weights using a rod and lever and even the principal used by singer to use a sewing bobbin – as well as a ingenious way to bring water (irrigation) by a simple mechanical screw methodology.

He is also credited and his name attached to the Archimedes’ principle that states that the upward buoyant  force that is exerted on a body immersed in a fluid , whether fully or partially submerged, is equal to the weight of the fluid that the body displaces and acts in the upward direction at the center of mass of the displaced fluid.

Or place something in water and it will spill its weight in water.

But for us mere mortals, his greatest claim to fame may be the use of phrase

His King had asked whether a craftsman had used all the gold provided to create a crown, or whether some gold had been replaced with a cheaper metal.  Although it took some time Archimedes finally resolved the problem when bathing… 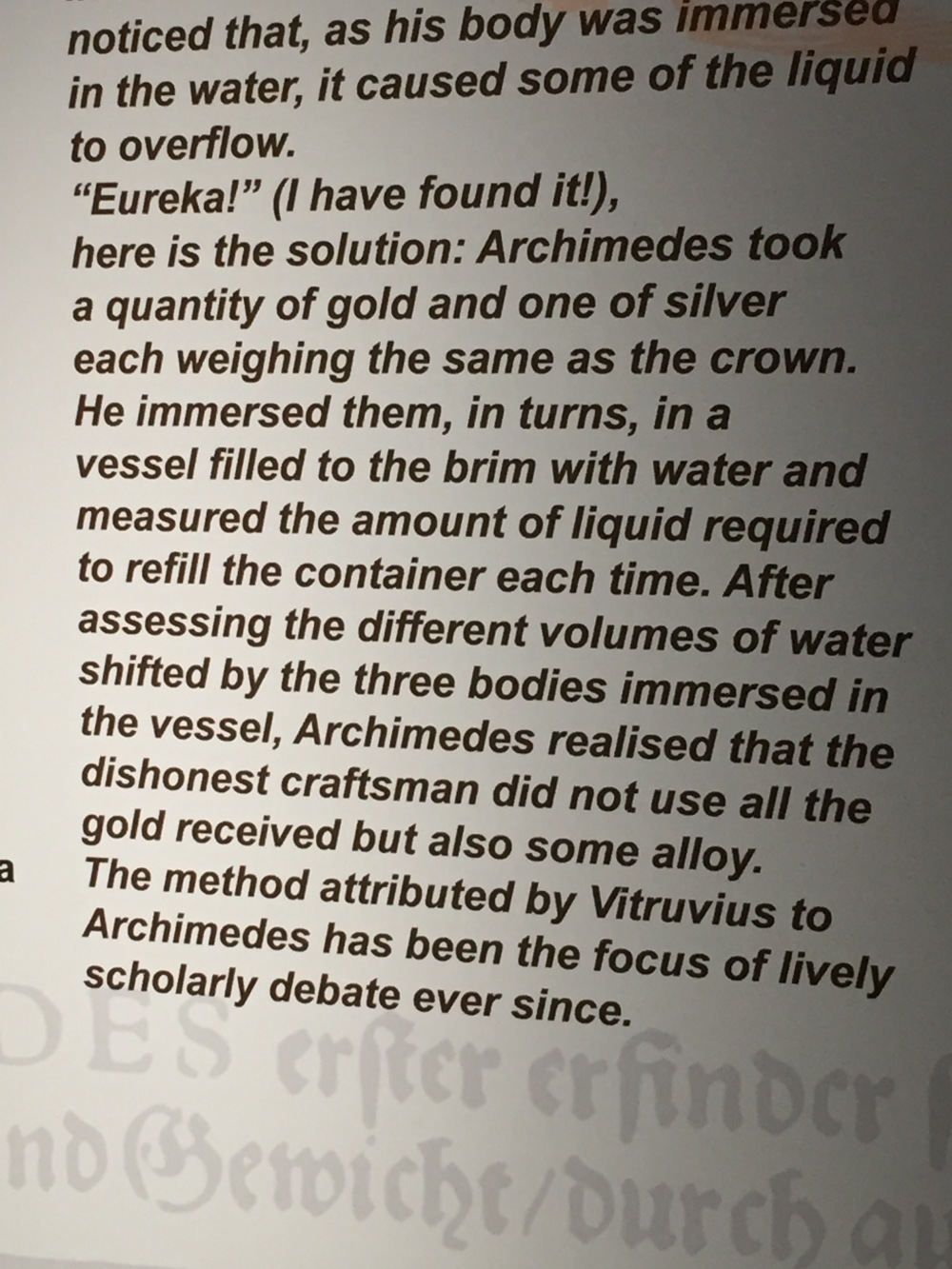